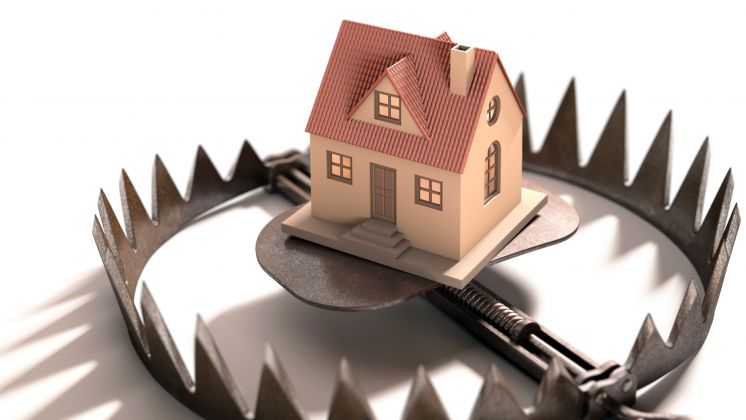 What parent does not have the dream of leaving their children a home of their own? Even if it is a small room, it still is their property and so nobody can throw them out onto the streets.

Like many others, our dear parents also had that dream. When I was 7 years old my father found, among a couple of other options, a company that built houses. My father sold many of his belongings and borrowed money. All this to be able to pay the initial fee for the construction of our own house. For two years parents sacrificed a lot to be able to fulfill the monthly payments on time. We were fed and dressed in minimal food and clothing.

We lacked many things, but our parents comforted us by saying that everything was for our own home. The construction company had built houses for hundreds of families. Thus came the day when the raffle of the houses was going to take place. We had a corner house and weeks before the keys were handed over, we were going to plant seedlings in our garden, like many other families. Until one day a letter arrived where we were notified of the date of delivery of keys - perhaps the most important day for my parents. It was on a sunny Sunday, my parents decided to go alone and left me in the care of my grandmother.

When my parents arrived at the place they found many armed police officers preventing the entry of the alleged owners. Sour arguments were sparked and the police had to use tear gas to establish order. They finally told all the alleged owners that in fact they had been scammed by and didn't own anything. The dreams of their own house vanished. A large criminal organization in collaboration with some corrupt employees of a municipality had fooled more than hundreds of families. The next day a process to recover the money began, but the idea of winning the trial or recovering some money was a utopia.

We were left with nothing but debts and more debts. For my parents, it was a fatal blow, both emotionally and financially. My father took me apart and told me that we would never give up. “I will continue fighting to have our own house, never give up son !!!”